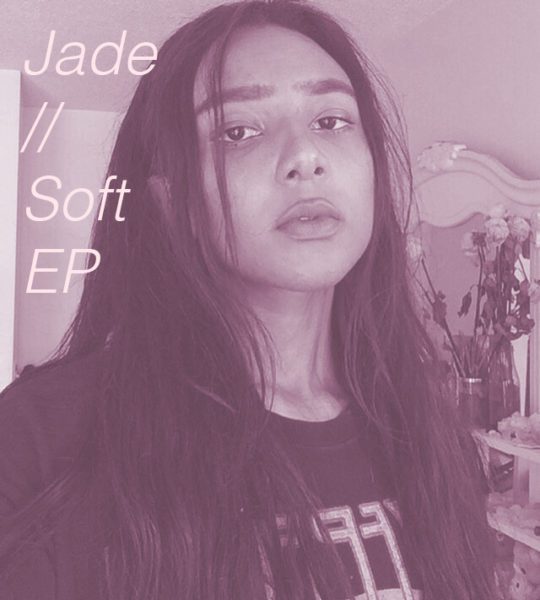 I get trapped in Instagram sometimes. It is, hands down, my favorite social media platform I have. With all the negativity surrounding it (i.e. using it as a “show off” vanity selfie generator or to unfairly compare yourself to filtered perfection), I’ve actually found that Instagram has kept me in touch with some of my coolest and most creative friends from high school.

I’ve known Jade since I don’t know how long…we went to high school together where we worked on the school paper and did class video projects together. She’s always had the best taste, the coolest style and the most down to earth personality.

Since I moved to Birmingham for school, we’ve kept up via Instagram, and it’s been awesome to see her grow her following as a music and fashion influencer.

I caught up with Jade via the internets to chat about the making of SOFT and what’s next for her.

Ahhh I wanna say thank you so much for even wanting to interview me that’s so sweet of you! In terms of writing, I started writing kinda seriously in high school but I’d do a lot of media writing stuff but I always wanted to write poetry seriously outside of just really bad haikus and lame verses. I only started producing stuff and making beats and lyrics and singing stuff in June hahaha. I’m still just a little baby when it comes to making music I just wanna learn hahah.

Aww Angxl Francx is a really awesome dude that makes beats on Soundcloud and I was just sifting through a lot of music and I found one of his beats and asked him if it was okay if I used it and then he checked out my other stuff and asked to make an EP with me and I was super down for it because his beats are phenomenal!

His beats are awesome and so diverse I wish I could make beats like those, honestly. But with my own addition to the EP I listen to alot music like trip and video game-y sounding stuff and usually they’re just instrumentals and I just like fill in the blank spaces with my own words!

So much of it was so easy to write because the beats were so good so I could just listen to the small harmonies and hum them and if you hum something enough you get words sometimes hahaha. Three of those tracks actually were written in the matter of a couple of hours I think I only spent like 5 days working on them it was so quick!

I’m working on another EP with a different producer so I wanna put that out super soon! The beauty of Soundcloud for people that are lyricists is that you have a wide market of producers who wanna help you or work with you I love collaborating it’s so much fun! My Soundcloud is (https://soundcloud.com/planthunny) and I usually just post poetry and raps and beats!

Hmmmm I listen to a lot of Grimes still and Kali Uchis and Abra and Toro y Moi and I still replay old Lana Del Rey records they’re all so great to me but if I’m not listening to them or older stuff I love listening to fresh things on Soundcloud by new producers–I love instrumentals so much.